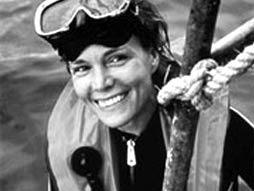 Oceanographer
mission-blue.org
Sylvia Earle has been at the frontier of deep ocean exploration for four decades. She's led more than 50 undersea expeditions, and she's been an equally tireless advocate for our oceans and the creatures who live in them.

Why you should listen

Sylvia Earle, called "Her Deepness" by the New Yorker and the New York Times, "Living Legend" by the Library of Congress and "Hero for the Planet" by Time, is an oceanographer, explorer, author and lecturer with a deep commitment to research through personal exploration.

Earle's work has been at the frontier of deep ocean exploration for four decades. Earle has led more than 50 expeditions worldwide involving more than 6,000 hours underwater. As captain of the first all-female team to live underwater, she and her fellow scientists received a ticker-tape parade and White House reception upon their return to the surface. In 1979, Sylvia Earle walked untethered on the sea floor at a lower depth than any other woman before or since. In the 1980s she started the companies Deep Ocean Engineering and Deep Ocean Technologies with engineer Graham Hawkes to design and build undersea vehicles that allow scientists to work at previously inaccessible depths. In the early 1990s, Dr. Earle served as Chief Scientist of the National Oceanographic and Atmospheric Administration. At present she is explorer-in-residence at the National Geographic Society.

Sylvia Earle is a dedicated advocate for the world's oceans and the creatures that live in them. Her voice speaks with wonder and amazement at the glory of the oceans and with urgency to awaken the public from its ignorance about the role the oceans plays in all of our lives and the importance of maintaining their health.

“We've got to somehow stabilize our connection to nature so that in 50 years from now, 500 years, 5,000 years from now there will still be a wild system and respect for what it takes to sustain us.” — Sylvia Earle 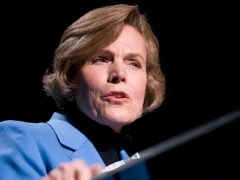 My wish: Protect our oceans

Feeling blue about the state of the ocean? How a TED Prize wish helped one woman create a sea change

“Thousands have lived without love; none without water,” said Sylvia Earle as she stood on the TED stage five years ago, accepting the 2009 TED Prize. Wearing a blue blazer and an aura of resolve, Earle quoted this verse from poet W.H. Auden as she laid out a bold wish for the world: that we […]

What’s it like to be a deep sea explorer? Highlights from a Q&A with Sylvia Earle

How colorful is the ocean floor? And what exactly do you do when you run out of air underwater? Yesterday, we invited all of you to talk with oceanographer Sylvia Earle about her adventures as a deep sea diver. Earle is a TED Prize winner and the subject of a new documentary, Mission Blue, which […]

Fisher Stevens produced The Cove, the 2009 Oscar-winning documentary about dubious Japanese dolphin-hunting practices, and his latest film takes him back into familiar waters. Stevens co-directed the newly-released doc Mission Blue, spending the last four years trekking around the world—from the Galapagos Islands to the Chesapeake Bay to the Great Barrier Reef—with unstoppable oceanographer Sylvia […]