As the world wide web turns

Raphael Fitch is an astrologer who practices among other branches of astrology the Vedic art of Prasna Shastra. He also practices and teaches Tai Chi and other Eastern arts.

I’d like to share some of the things he’s said in relation to the work I do, this website, and his own work for me as an astrologer. For instance, when Raphael looked at my website recently he wrote to me saying:

“I feel that your website is growing more beautiful. I just looked at it a few days ago and since then is has gotten even better. ‘The people, yes, the people are being served’.”

There’s a story behind this. You see, WhoHeals.com experienced a near fatal crash earlier this month, appearing to have disappeared altogether.

The first thing I did was ask the Universe to help me.

Then, I contacted my web host (affiliate link) technicians for help. They responded quickly and assured me that, thankfully, I had run a recent backup. (It’s very easy to set up, and the techs are great about answering questions.) Yet until I saw my “baby” back online, I confess that I agonized over when, or even if, it would make it.

After that I called Raphael about the crash because, with astrology, in particular Horary Astrology (or Prasna Shastra*), timing is everything. And in this case, the timing of my website’s repair was important to me. Fortunately, it was precisely and accurately foretold.

The timing of the crash

When Raphael responded to my question, he had some very specific things to say, including how this event was tied to Moon conjoin Pluto energies. He predicted that as the time WhoHeals.com would be back online, adding:

“With Pluto retrograde the symbolism of the return after the crash is emblematic of rebirth.”

About 10 or 20 minutes after that exact Moon-Pluto conjunction, my web host tech wrote that he had just got my site back online. When I took a peek, I was startled — and happily so — recalling the exact words Raphael chose in his email message:

“…the crash is emblematic of rebirth.”

Because the site was better this time; some of the buggy things I didn’t like about my blog theme had disappeared, and the entry blocks were more clearly outlined, making comments easier for readers to submit. And I noticed a few other “changes” that just happened to give it the look I was aiming for!

I “met” Raphael through a referral from another client. Since his first session a few years ago, Raphael has booked several sessions with me and often calls or writes later to report the benefits he’s received as a result. He once told me:

“I’m inspired by the work you do and hope to use my knowledge of astrology and my book to help many find Source.”

Raphael will frequently tell others about the work I do, and many have become my clients and frequent referrers themselves.

Click here to contact me, if you are lead to have a healing session. I’d be honored to speak with you, and pledge to provide you with the spiritual care you desire and deserve.

*Prasna Shastra, or Horary astrology, is a branch of Vedic astrology that’s been practiced for centuries in India. Prasna is sanskrit for ‘question’, and Shastra means ‘astrology’. It is a strict and complicated system placing emphasis on aspects to the moon and its position, as well as paying attention to other significators.

In the case of my website crashing, my question naturally was, “When will it be back online?” I asked that question of the Universe when I prayed for help, right at the moment it crashed before my eyes. This timing and other considerations were noted by my astrologer before he told me when my crashed site would likely be recovered. 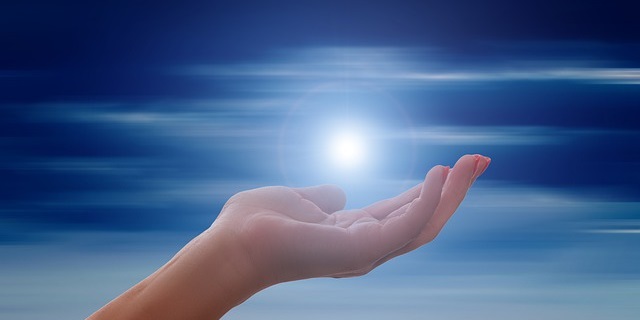